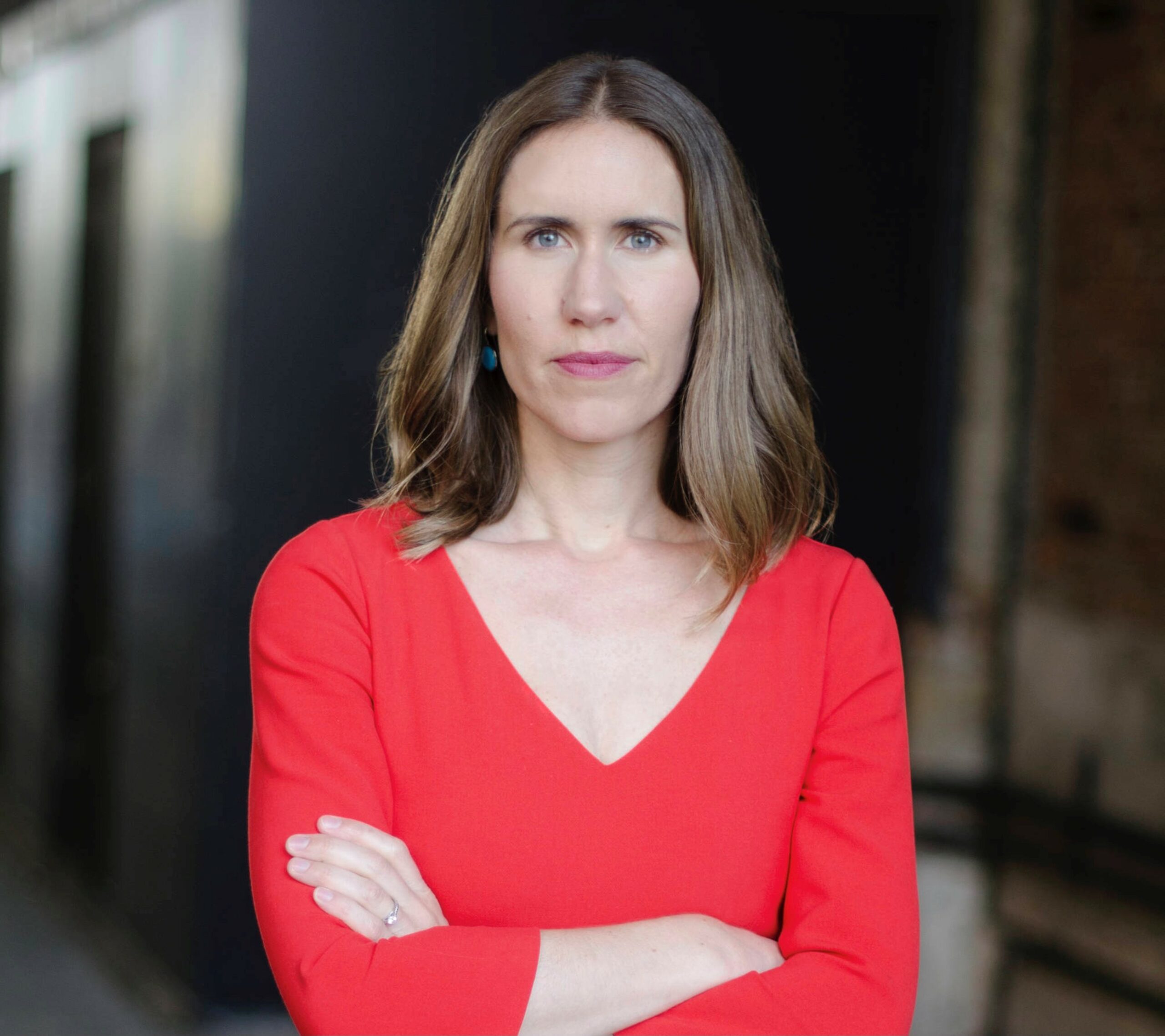 Rauh’s nearly two-decade career in news included 11 years as an on-air political reporter at NY1 News, where she covered city, state, and national politics. She hosted NY1’s weekly podcast “Off Topic/On Politics” and was the guest host of NY1’s nightly public affairs show “Inside City Hall.” Rauh was awarded the Society of Professional Journalists’ national Sunshine Award for her contributions to open government.

Most recently, Rauh led communications at BridgeBio Pharma (Nasdaq: BBIO), a biopharmaceutical company focused on developing meaningful medicines for patients with genetic diseases and cancers. It was named one of the most innovative biotech companies of 2022 by Fast Company.

Rauh’s writing has been published in The New York Times, The Atlantic and the New York Daily News and she has made numerous appearances on MSNBC to provide political analysis. She graduated with honors from Stanford University in 2001 and lives in Brooklyn with her husband and their two daughters.

“As we emerge from the pandemic, we have a once-in-a-generation opportunity to reimagine what is possible for New York and implement bold, creative policy solutions so that our city can thrive and serve the needs of New Yorkers,” said Rauh. “I’m supremely excited to have the opportunity to work with our incredible board and partners to build this organization and advance innovative ideas to strengthen New York and make it an even better place to live, work, and raise a family.”

Initial priorities for 5BORO include building a stronger mental health infrastructure in the city; expanding access to day care to drive economic development; and tackling teacher recruitment and retention through innovative ideas and incentives designed to attract the best and brightest educators to the city’s public school system.

“I’ve long believed New York needed a nonpartisan clearinghouse for great urban policy ideas, which is why I founded the 5BORO Institute with board co-chair Dick Ravitch and vice chair Erika Tannor,” said Tom Allon, co-chair of 5BORO Institute and the publisher of City & State. “Grace’s deep knowledge of New York politics and public policy make her an ideal leader for our think tank. She understands that having a smart, strategic, game-changing idea is not enough if we want that idea to become a reality. It will require building coalitions, harnessing the power of the media, and engaging with New Yorkers – skills that Grace has honed through her exemplary career.”

“Steering the city through the fiscal crises of the 1970s and beyond taught me the importance of innovative policy and strong financial discipline, as well as the need for leaders and engaged New Yorkers to take an active role in ensuring the city remains a beacon of hope and opportunity for future generations,” said Dick Ravitch, co-chair of 5BORO Institute and former Lt. Governor of New York. “Grace’s deep network of relationships with government, industry, and community leaders will help bring major stakeholders to the table as we work together to build a stronger New York.”

“This is an all-hands-on-deck moment for New York, and we are heartened by the enthusiastic response we’ve received from New Yorkers who want to be part of the city’s revival,” said Erika Tannor, vice chair of 5BORO Institute and a senior vice president at Tusk Strategies. “Grace spent years driving critical conversations about the future of our city as a journalist and we are eager for the return of her insightful voice to engage with New Yorkers and government leaders to drive positive change across the five boroughs.”

Since launching in the spring of 2022, the 5BORO Institute has assembled an all-star board of directors comprised of New Yorkers who are passionate about the city’s recovery and have deep expertise across a range of industries and subject areas, including technology, health care, real estate, politics, government, labor, municipal finance, poverty reduction, open space, academia, climate change and resiliency.

5BORO Board of Directors